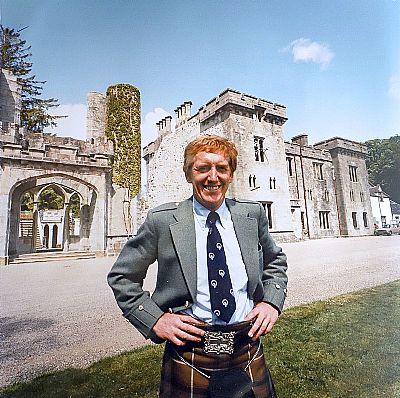 The Society is sorry to announce the passing of Rob Parker, a well-known and well-loved figure in Clan Donald and a Member of the Society. 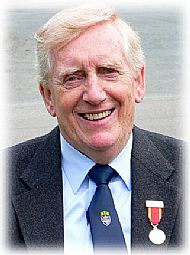 Rob was born and brought up in Glasgow, going to school during the Second World War.  He did his National Service in the RAF.  Back in Glasgow he played football with distinction and sang with a dance band. He married Jean and, together with their children Bobby and Karyn, they emigrated to the States so Rob could take up a job with Eastern Airlines at La Guardia Airport, New York.

In 1979 Rob returned to Scotland, to take up the job of International Director at the Clan Donald Lands Trust at Armadale on the Isle of Skye, together with his second wife, Deanne.  Rob was instrumental in transforming the Clan Donald Centre, as it was then known. It became the focal point for Clan Donald worldwide.  The Stables were renovated and a restaurant created, a Countryside Ranger Service was founded, the gardens were developed and the museum was established, amongst many other things.  His name became synonymous with the that of the Trust and he became the key person to whom Clan Donald members turned.  He was much loved and admired, he played football with the locals and his singing was enjoyed. 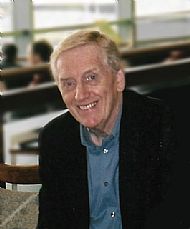 In 1988 Rob and Marion were married in the City Hall in New York, the beginning of a long and happy partnership.
After retirement in Edinburgh, Rob succumbed to multiple sclerosis and he became increasingly debilitated, but was lovingly cared for by Marion.  At his small private funeral on 30 July, Marion’s daughter Charlotte read a moving eulogy from Rob’s daughter, Karyn, who was unable to travel from the United States.
He will be greatly missed by those who knew and loved him.

Battle of Culloden CommemorationGlencoe CommemorationClass talk to The 1745 AssociationWatch our Virtual Annual Ceilidh 2021 on YoutubeThe passing of Rob ParkerThe Gallery at the foot of the Mission statement page has been updated.New articles added to the MacDonell page under Clan Donald History>>.
sitemap | cookie policy | privacy policy | accessibility statement